If you’re looking to replace your laptop with a Chromebook and get confused about what the advantages of a Chromebook are, you’ve come to the right place. This article explains how student Chromebooks also work great.

What is a Chromebook?

Chromebooks are very lightweight and designed for people who spend most of their time online. They run an operating system called Chrome OS that is similar to Windows or macOS but sits on top of a Linux platform.

Chromebooks look like older laptops, but that’s kind of the point, as they aim to replace traditional laptops. It’s fast, secure, and supports multiple users. There are plenty of Chromebooks that have 13, 14, and 15,6-inch screens versions.

Google Assistant has landed on the Chrome OS platform on Pixelbooks. You can activate it with a Pixelbook Pen, but if that laptop’s keyboard has a dedicated assistant key, you don’t need the $99 accessory. The launcher is now integrated with Google Now, giving you information cards about the current weather and local news, but you can see it switch to a Google feed. 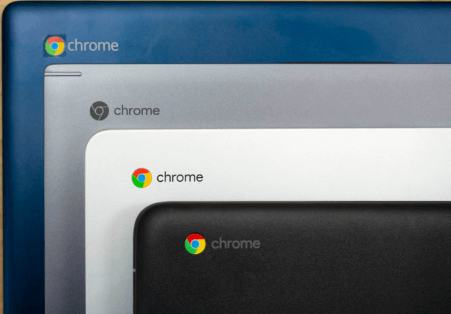 You can use Android apps on Chromebooks

This computer is primarily optimized for Google apps like Gmail, Google Calendar, and Google Drive, but you can now access the Play Store on all modern Chromebooks. This deep integration can be either positive or negative, depending on how you use your PC.

If you’re already using that app, setting up your Chromebook is easy. If you need help using an incognito window, they also have a guide on this.

Android apps are available on all new Chromebooks. This will allow the Chromebook to access more games, productivity options, and other apps, making these computers more versatile, but the apps will run through an emulator and the results will seem mixed. 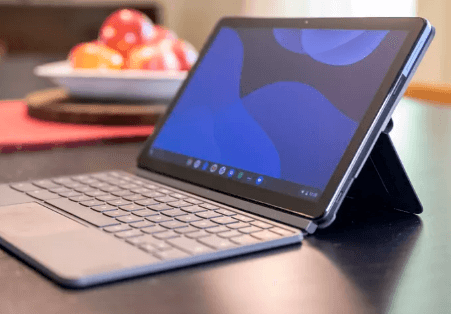 Also, not all apps are optimized for larger screens (made for mobile-first), so you may experience some sizing issues. For specific gaming app recommendations, check out our guide to the best Chromebook games.

If you’re bringing a lot of files to your Chromebook, it’s best to use the Office Android app or Office Online. There are often formatting issues when importing third-party documents into Drive. Fortunately, Google Drive lets you save documents in Microsoft format, so you can still share files with non-Chromebook users through Microsoft Word or other programs.

On the other hand, there are a handful of photo editors available for Chrome OS, including Pixlr (free) and Photopea. This editor is very similar to Photoshop but lacks advanced tools. But those with existing files are out of luck. No Chromebook app can edit Adobes. PSD files.

If you are familiar with Linux applications, you have several options. Chromebooks support out-of-the-box Linux programs to meet the needs of tech-savvy Chromebook owners. Pixelbooks were the first to get this option, and others followed suit.

Difference between Chromebook and Laptop

On the surface, Chromebooks and laptops look identical, with the same design elements and build, but Chromebooks are a completely new type of laptop, all by Google. Until the advent of the Chromebook, laptops have always been the king of mobile computers. 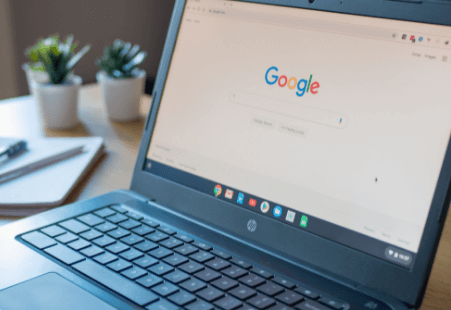 Although both look the same, on the surface there are significant differences in specifications and performance. One of the many aspects that clearly distinguishes Chromebooks from laptops is that they use the cloud extensively and are designed primarily for online use. Chromebooks that just entered the competition aren’t for everyone.

If you travel a lot and are looking for a lightweight laptop for simple everyday tasks, Chromebooks are for you. Most of them are lightweight and have good battery life, so you don’t have to worry about battery life.

2. Cheap anyone can afford

The most important advantage of Chromebooks is that they are not too bulky, so if you have a limited budget or are a student, you can easily get one. Most Chromebook price points start at $150-$400, and you can choose according to your budget and get the job done.

(SSD) hard drives access speeds from 35 to 100 microseconds, 100 times faster than traditional hard drives. So, thanks to the SSD hard drive and good RAM and processor, you will experience fast performance, fast boot, and fast file transfer.

The Chrome operating system has a built-in virus and malware system that is updated regularly from time to time and offers excellent security.

Another great thing about Chromebooks is that they offer Google Drive storage for free and come with parental controls and auto-sync options.

So far everything sounds good. Well, tech experts will always say that no device is perfect. Here are some reasons why people think twice before buying a Chromebook.

If you love Microsoft, Chromebooks may not be for you. Google recommends using its free online suite of services like Office. Many of these services are similar to components of Microsoft Office but lack the features users can rely on.

You can use the Android version of the Office apps or Office Online, but these services lack all the desktop equivalents.

Chromebooks typically only have 32GB of local storage. Because components are cheaper, limiting storage helps keep prices down. However, because Google wants data to be stored in the cloud, new Chromebooks often come with 100GB of free online storage.

CD/DVD drives are quickly becoming a thing of the past with new laptops, but if you really need them and use them regularly, you should know that you won’t find them on Chromebooks.

No doubt about it. Windows is the most widely used desktop operating system that exists today. So you never run out of apps and accessories to use on your Windows PC.

Chromebooks are more limited in this regard. Although the library of software applications is growing and can be used with an increasing variety of accessories, Windows computers still win the compatibility battle.

Are Chromebooks Good for Students?

Chromebook laptops are light and not that expensive. So, if you’re a student and looking for a laptop to do online research, assignments, or note-taking and read books online, yes, it’s the best fit for students.

Conclusion: Are Chromebooks Good to Use?

Chromebooks are inexpensive, offer decent performance, and are getting better with the introduction of Android apps. Microsoft is battling claims that Windows 10 S mode will give the laptop better performance and battery life. But if you’re looking for a simple way to get online and prefer Google services, you can go with Chromebooks.